IN THESE FIVE CENTURIES 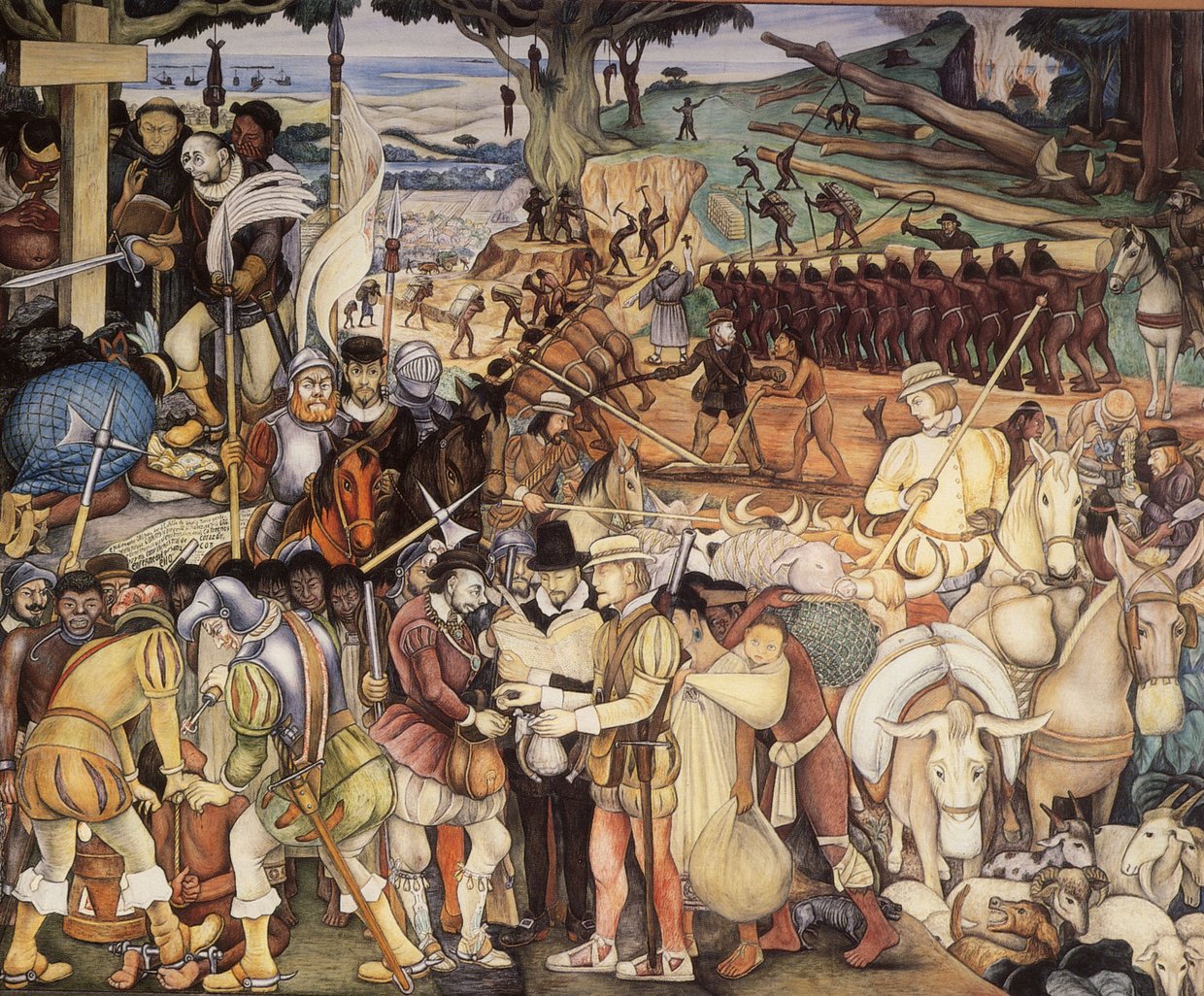 Today is the 499 anniversary of the fall of the City Mexico-Tenochtitlan at the hands of Hernan Cortés, thanks to the commander-in-chief of the more than 300 thousand Texcocan, Tlaxcaltec and Totonacs warriors strategist (in that order of men). I mean Ixtlilxochitl, the Texcocan tlatoani stripped of power by his uncle Moctezuma II, which made him a staunch enemy, and who, when Cortés arrived, became his ally. Of course it was not Cortés, nor his little more than a thousand Spanish filibusters, who were never soldiers nor were part of any army, simply jackals who came to steal, and who, truly meant little in the battle of more than three months that lasted the siege, between just over half a million fighters on the two sides. But, the real enemy of the Mexicans was the pandemic. Indeed, the Mexicas died like flies due to smallpox brought by Europeans. A hell that we know today, and which, unfortunately, five centuries later, is repeated again.

The official history, that of the academy, the INAH, Education Secretary, universities and mass media, continue using the conquerors version, because, although five centuries have passed, since we are a people that do not know its true history, we repeat it year after year, dispossess after dispossess, slaughter after slaughter. Nothing has changed in these 182,500 days. A handful of foreigners, and now foreign companies, have economic, political and cultural power. If five centuries ago they arrived in galleons with swords and cannons, today they arrive on planes with dollars and euros, but the objectives and effects remain the same.
The official history of the creole ideology neocolonial Mexican state has amputated our historical memory and ancestral cultural identity, making people unaware of the ten thousand years of one of humanity's oldest civilizations. They've left us amnesiac at the mercy of whatever foreigners want.

The Education Ministry has taught us that all history, of what they call "pre-Hispanic history" is embodied in "The Aztec Empire", which was neither empire nor was it called Aztec. And that this fictional empire was the creator of the Anahuac civilization, that the Aztecs dominated all of Mexico and that they were warriors, cannibals, exploiters and idolaters, and that, Spaniards came to liberate the peoples of the Aztec yoke. But in the end, a handful of brave foreign conquerors defeated the empire, which is why all Mexicans claim to have a Spanish granny.
Another colonizing Hispanic myth, is to make the people believe that, with the fall of Tenochtitlan, ends what they immorally call, "the conquest of Mexico". Totally false, as in 1521, there was no Mexico. And it is precisely, on the contrary, on August 13, 1521 BEGINS THE ANAHUAC INVASION, as can be seen, we are still fighting in these lands against the invasion of miners, windmills, brewers, monocultures, agrochemicals, the coasts invasion, the destruction of forests and jungles, religious sects, the miserable minimum wage and even against black sugary drinks and junk food. And the Maya "Indian" insurgents of the EZLN still are at war against the Mexican Creole State, not to mention the communities that alone defend their rights and territories, in facing the corruption of the authorities of all three levels.
How it is possible that people from, Cortés and Alvarado to Calderón and Peña, have been able to steal, loot, murder, permanently throughout these five centuries the people who seemed resigned to suffering such an unjust and cruel fate. The answer lies in the process of ideological colonization, which is achieved by amputating the invaded people: 1 Their memory, to leave them amnesic. 2 Their languages, to leave them mute. 3 Their knowledge, to make them ignorant and stupid. 4. Their productive, communal and sacred spaces, to leave them rootless. And 5. Their ancestral spirituality, to leave them idolatrous. When the invader amputates these five cultural elements from the invaded people, they are ignorant of themselves, fit and submissive to any injustice. It is then when the invaded-colonized becomes a colonized-colonizer of himself and his people, and thinks just like Hernan Cortés. It is required to recover these five cultural elements.

The critical, analytical and decolonized history teaches us that in these five centuries we have been, ourselves, the ones who have fought the invaders causes, whether Spanish, French or gringos. It's time to wake up and decolonize. Only the truth in history will set us free. The hard part is not doing it but to imagine it.

Educayotl AC.
Educate for the future with the wisdom of the past.