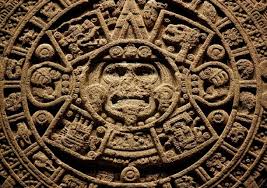 Is it possible that in the history of mankind a sophisticated and advance civilization created and made use of a philosophical system that empowered them to rule their society? Is it possible that they created and practiced an advance scientific knowledge and based their laws on human rights? Yes, this was possible. This civilization in question evolved in Mexico. Its inhabitants practiced a religion based in nature and other natural phenomenon. They practiced a complex religion and worshiped the god s of water, of wind, of fire and air. They observed the heavens and follow the movement of the Earth around the Sun, to explain their human existence and their relation with the gods and the universe. They recorded their observation and left the testimony of their wisdom in magnificent buildings that today we call archaeological zones, and if this is not enough, how about their knowledge in architecture, irrigation systems, accurate calendric systems and incredible trepanation surgery.

Yet, this astounding civilization was viewed right from the beginning, as primitive and the inhabitants considered to be nothing but savages and heathens. It is ironic that the conquerors who considered themselves to be superior in every aspect based their opinion of this civilization on what they saw and not on what they knew and understood of this people. They regarded all indigenous people to be less than dogs and administered vicious laws and bloody punishments to a society that existed before them. A 3,000 years old civilization that practiced social justice. That had respect for the elderly , law, authority and religious beliefs. This, so called primitive civilization had services of sewerage and potable water. Aqueducts were know and in use to carry water from its source to supply their cities. They frequently bathed and use steams baths for a variety of purposes. Many of these things were unknown to Europe. How then, a society ruled by a system that was able to sustain peace for more than a thousand years be considered primitive.

Was it possible that a civilization that enjoyed a well established public system of education where knowledgeable teachers instructed their students in a wide scope of different subjects be regarded by the foreigners as an uncultured and ignorant society? Yes, it was possible. For the foreigners passed judgment based on what they saw. They based their observations on their own cultural and religious background and they assumed, therefore, that all New World societies differed from their own in any aspect, including the color of the skin. These observations and opinions were enough to justified the invaders to submit the people to their demands. They had the power to ridicule, used verbal and corporal abuse, persecution, slavery and if all this failed, they did not hesitate to kill.

In spite of the bad treatment received at the hands of the Europeans, Mexicans did not changed their spiritual values, their cheerful personalities, the mystical attitude, creativity and optimism. We have been able to face past adversities and have confronted those in the present with the same philosophical approach inherited from our ancestors. We had and still have the strength to continue to live using our old wisdom, creativity and imagination. Our ancient determination is also seen in the preservation of ancient rituals that were attacked and threatened to be extinguish at the hands of the invaders. The millenary religion of the ancient peoples of the Anahuac survived thanks to the astuteness of our eldest that managed to concealed ancient beliefs and essential rituals from the eyes of our tormentors. Rituals and worship that still persist in spite of the new imposed by the alien religion. A foreign system of worship that was backed by the sword, threads and brutal punishments for we were accused to be primitive and idolaters.

One day, we will learn to accept and recognize our own face and identity on the smoking glass. With a new heart and open mind we will realize we are heirs to an ancient civilization and stop to ignore and belittle our Mother Culture. It is true we are a half-breed culture, but because of our ancient spiritual and philosophical teachings that were inbreed in us, we are more indigenous in our thinking and cultural background than we are European. The wisdom of our Old Granfathers that set the foundations for our spirituality, education, traditions and way of life, one day will surface once again to help us re-build our society based on justice and democracy.

One day, we must put an end to the colonial systems that continues to exploit our ancient civilization in the name of progress. We must put and end to the import of foreign products. We must end the discrimination of Indian by the white race and narrow the distance between the rich and the poor. In short, can we do it? Can Mexico return to its old traditions and face a luminous future? Is it possible?