THE CIVILIZATION OF THE ANAHUAC 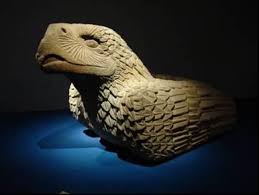 Thanks to the mental colonization we were subjected to and have endured for so many centuries, we do not know and care less about our ancient civilization. It is sad that most of us do not know what was the name our ancestors called their land, the world they live in and what they called themselves. For instance, do you know that our country, Mexico, was formed by an autonomous society that ranks among one the oldest civilization in the world? That is right, our country was the cradle of one of the six oldest civilizations on this planet and our Old Grandfathers called this civilization: Anahuac. The name comes from the Nahuatl word meaning land surrounded by great waters.

The 7,500 years of the history of cultural development, is known to experts as the pre-Hispanic epoch. It is important to note here, that the Spanish colonial understanding and vision of the old culture of our Old Grandfathers is referred to by their term: Pre-Spanish. Why not pre-Cuauthemic. This at least would explain the time before the last emperor of the Aztecs, Cuauhtemoc. Therefore, our own history is known through the accounts and understanding of the invaders. Another interesting fact is that the epoch of our Old Grandfathers before the European invasion is given, by archaeologist and anthropologists as the Pre-Classic that dates as far back 6,000 B.C. to 200 Bc. The second period is called the Classic and dates from 200 B.C., to 900 A.D.

It is true, that the majority of individuals interested in our own history, that claim to have studied and investigated our past, are foreigners and most of them write as observed by Bonifaz Nuño, director of the Study Center for Mexico Decolonization, with an air of superiority and sense of ownership to our culture and history. This sense of ?ownership? appeared to have given them the right to divide our country into Mesoamerica and Aridamerica. They only know about the ?Indians? of the past whose old cults led them to build pyramids and beautiful objects or art for their gods. Their term for the other region of our country, Aridamerica, conveys the message that ?Indians?who lived in the states of Sinaloa, Zacatecas, San Luis Potosi and Tamaulipas .

As I said before, that for 500 years since the colonial period, we lost interest in our own culture and are ignorant of what our ancestors called themselves. We have sadly accepted the term ?Indian?, a term applied to all the peoples of North America, simply because the ?great and educated? Europeans were confused in their travels and believed they had reached the Indies. We have seen that Our Old Grandfathers called the country Cem Anahuac. They called themselves, Anahuacan and knew that other peoples existed that called themselves, Maya, Zapotec, Mexica, Olmec, etc.