THE ADVENT OF THE SIXTH SUN 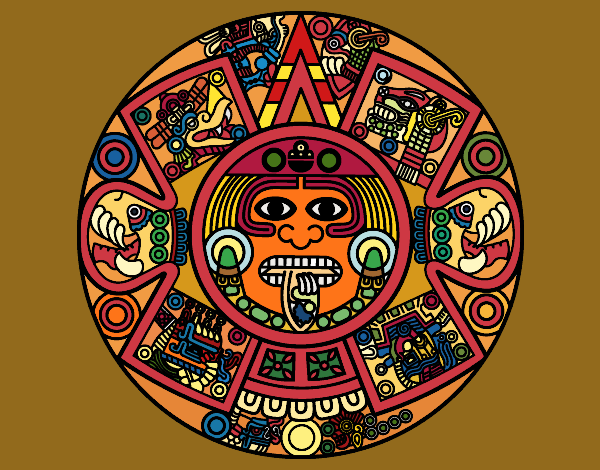 The tangible and intangible world, is in essence, a handful of ideas.

Those who were born around the fifties of the last century, have been able to see big changes, as no other generation in this fifth Sun.

Indeed, the world that, that in our childhood, our parents gave us, in a short time changed, from what they received from their parents. And the world that the grandparents gave our fathers also had major changes, and so on. The world had other speed and changes, not only technological, were much slower.

Ideas and objects did not lapse as fast, in fact, the concept of "disposable" did not exist. The concept of the divine and sacred was transmitted from generation to generation, almost immutably and for example, a shaving blade, in some societies was transmitted as a symbol of authority from a grandfather to a father, and then to the son. Objects were made to last and did not lapse.

However, our generation has experienced a unique phenomenon in the history of the Fifth Sun. Because generations of last century seventies, eighties, and nineties, for those who were born in the era of speed, change and the disposable, very few material things surprise them and also believe in few things. The world of young people seems contradictory. On the one hand, immense masses of catatonic young "ninis" who do not want anything of life and less of society. And, on the other hand, small but exceptional groups of young people with skills and talents that humanity never had before. Such is the world.

Factors, can be many, different and even contradictory. From the development of science and technology, communications, information, production and consumption models, to "azoteric" ideas (which are not esoteric), over galactic alignments, prophetic dates about to come, change of era, etc.

In the world of ideas, we can say that we have changed and we are changing every day faster. Such important ideas as the very reason for existence, family, State, the sacred, the existence of God and evil, values and principles that move people, families and peoples, such as virtue, goodness, solidarity, happiness, triumph and success. These ideas are rapidly changing for better and worse.

However, we can see that many of these changes, unlike times past, are generated and directed by a handful of individuals, families or companies that have attained global power, as never before has existed in the history of humanity.

This power, by its magnitude, extent and malignancy, is literally incomprehensible because of their complexity and because it has developed a dynamic of its own sometimes seems to escape from the power of human beings and becomes a Frankenstein that devours humanity itself.

The truth is that "this financial power-global", has overtaken decisions of Governments, from richest and powerful, to the poor and underdeveloped countries. Through market or financial, political and military pressures, or all together, governments and their local power groups, have become "managers" of global world and they only slavishly comply with global plans and manage their people and their natural resources in favor of the "invisible" supra global powers.

Beyond well-known conspiracy theories "of a global plot", such as the aliens, the illuminati, the cloning of a new race, etc., the truth is that it is sufficient to simply observe and analyze what is happening in this global world, to realize that there is a "macro global power" that is leading humans and the very planet to the brink of disaster.

Points as clear and specific such as: the reduction of the power and responsibility of the State to the market, privatization and commercialization of water, education and health. The monopoly of the production and distribution through transnational corporations of basic grains, processed foods, medicines. Total control of science and technology, nuclear power, oil, securities trade and financial centers, (global and regional) such as media, television, radio, print, cinema, news agencies. Never before in the history of "this humanity" had been such a concentration, coordination and intercommunication of the power.

The most precious human assets have been kidnapped by this power. Indeed, the most valuable and powerful "public good" in a society is its Government. As such, the Governments of the countries have been usurped by gangs of organized criminals, that we call politicians who are as mercenaries in the service of this mega power global.

And the other private human good, is their awareness of being, and it has been alienated, stupefied, and plunged into the most appalling ignorance of all time. Global power has reduced the majority of human beings who live under its values, principles and paradigms to levels of wild animals that live in the "law of the jungle", struggling to consume and not be eaten by others stronger and more powerful than them. Insensitivity, individualism and consumerism, as well as the personal solitude and spiritual desolation are characteristic of this new modern man who has lost the sacred and divine sense of the world and of life.

Thanks to the new communication forms, especially Internet and multiple communication services, we can realize that, "the great evils" we humans live in our countries, are exactly the same and that the cause of these evils, are also the same powers which manifest themselves through the very instruments of power and global control as IMF, World Bank, WTO, UN, NATO, etc.

For all these reasons, we can suppose that the response to "the great local evils" is precisely in global responses. "Globalization has to be democratized", i.e. move to hands and consciousness of peoples and not only the groups of power.

In this sense, the insurgent anahuacas Maya of Chiapas, have been the first visionary in understanding the world and its solutions in this way. Indeed, the EZLN was the first intercultural and international group to propose another world for the inhabitants of the world. Their "modern and revolutionary" proposals emerged from a millenary human wisdom drawn up by more than eight millennia of human experience born in Anahuac and known as Toltecáyotl. In the 1990s avant-garde people of Europe and the world walked step by step with "the Zapatista movement" and their ideas and example blanketed Europe. Those "indignant" of Spain, France, England, Germany, Greece and now Washington and Wall Street, are continuing.

The people of the world is beginning to realize that we have been deceived like children with nationalism, chauvinism, representative democracy, political parties, mass media, transnational corporations, the American life, modernity and progress. People from many parts of the world begins to perceive their woes and problems at the global level and begins to understand that there is a supra power, above their Presidents, Prime Ministers, political parties, wrens and emperors, all of them, tiny scenography characters.

People start to lose "innocence" in the middle of the last century and discover "another reality" in their small and fragile "handful of ideas" about the world and life... their life. Perhaps, this is perhaps "the new world" that lies ahead. Perhaps this "Awakening" lead humanity to another reality... it will be the new Sun, so much talked about by the ancient Toltec grandparents.