THE PERMANENT BETRAYAL OF THE MEXICAN CREOLE PEOPLE. 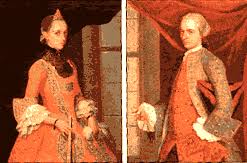 Since the foundation of "their country", which wrongly called Mexico [1], the Creole has never shown love, respect and commitment to "their country", much less with the excluded original inhabitants of the six ancient civilizations of humanity.

Delivering the sovereignty, natural resources, the same territory, but above all, the people to the interests of foreign powers and voracious transnational corporations in exchange for crumbs. The betrayal, corruption and disrespect for life have characterized the Creoles in power since 1821.

The Creoles is an ideology, not a racial category. This ideology is not exclusive to non-Indian or mestizo. Refers instead to the attitude of prey, exploitation, predation, and contempt for the inhabitants of the country and its natural resources. As this ideology is present in every society, regardless of their racial, cultural or economic.

Historically, Creoles never intended to work and strive for building a country for the majority. Where justice, opportunity and well-being were equally to every citizen. It has never been a "rule of law, respected by the rulers themselves in turn. There has never been truly a joint commitment for the common good. They have never been willing to sacrifice. They have always fought for their personal and group interests. Injustice and the abuse has been his motto. His selfishness and insensitivity has led to human-permanently-commit crimes against humanity and bringing injustice and exclusion levels of tragedy and unthinkable aberration. Their greed and their limited view of have faced each other in a constant struggle in the country that have led not only to the civil war, but have managed the invasions of foreign powers to beat your political enemy, from the Masons Yorkinos against Scottish Masons, to the Liberals against the Conservatives and now coming to PRI against PAN.

The Creoles in 1810 betrayed the Spaniards and orchestrated a social explosion using indigenous people to remove the colonial power and then run the viceroyalty in 1828. At the voice of "kill Spaniards, Hidalgo raised the Indians against the Spanish relatives. The new country was called Mexico, but he maintained the same colonial structure, ie, remains a Caste System and the tercentenary exploitation and exclusion of indigenous peoples. However, the Creoles have been characterized by his impotence, failure and incompetence. Both in public and in private. They have never been able to generate wealth and have specialized in creating poverty. They have always been partners for foreign investors drones. The natural resources of land and slave labor of native peoples since 1521 have generated enormous wealth capitalized to Europe to begin their global power.

Indeed, the first three centuries of Cologne (1521-1821), involved a mining and extraction of indigenous peoples and natural resources in favor of Spain. The next two centuries (1821-2011) in the Neo-colonial period favored first to Europe and finally America. However, unlike their Creole relatives the Spaniards who "worked hard" in the exploitation and destruction of the colony, the natives by his impotence and incompetence "bicentennial" have maintained a very comfortable and wildcards strategy, which implies that they always have hoped, wished and promoted the arrival of foreign capital companies and "their country" to build on, "modernity, progress, development, neoliberalism and globalization." The Creoles have them delivered to foreign capital historically labor almost as slaves by keeping a minimum wage of famine and natural resources of the nation to change to make them "partners" and give them a few crumbs of dispossession. The economic model since 1821 is designed to encourage foreign markets through the sale of oil and raw materials.

From 1821 to 1921, was delivered to England, Germany, France and Spain primarily. From 1921 to present day America. The treason and servility in the midst of a sea of corruption has been the story of the "Mexico of the Creoles." Since the Treaties of Guadalupe, through the Bucareli up to the NAFTA, all are a disgrace to the dignity of a nation and a blow to his people. The Creoles have been capable of this, because they never have really loved and respected this land and its people. Have always been higher than the descendants of the original inhabitants, temporary and far from his real home, so please show off their foreign origins, despising and mocking of cultures and peoples.

This is a separate chapter that gives a personality to the "homeland of the Creoles." In fact, Mexico has always been a very racist and classist country. The contempt and hatred for the culture, the phenotype, the ancestral customs and traditions has been more than evident. But racism has always existed under a curtain of hypocrisy. The classism is rooted in the caste system which persistently remains between colonized and colonizer. The other major feature of Creole is corruption. Indeed, the truly corrupt were the Creoles, their power and wealth cannot be explained otherwise. So cynical they have made corruption a symbol of their nation. In a country where we respect the law and people do what they want, "without respecting the rights of others and the common good, is fertile ground for generating great fortunes. It was in the same way as Bill Gates built his fortune of Carlos Slim. The inept and abusive only through corruption can progress.

This country of the natives has been a permanent failure is now reaching its limits. The people cannot resist so much treason, incompetence and poverty. The business and political class and eventually to "the goose that lays the golden eggs." Poverty, exclusion, injustice and corruption have hit bottom. The danger of social upheaval is imminent, if not for "escape valve" that represents the migration to North America; the land of the Creoles would have already exploded. The challenge is to re-patch the Mexico of the Creoles, or re-founding the Anahuac. Change everything to stay the same as in 1810 and 1910, or make a re-foundation of the country from its deepest foundations, starting from the ancestral cultural roots of at least 80% of the population, indigenous and mestizos, who respond more strongly to Anahuac heritage. A country truly mestizo culture and not just racially. A country where all have equal rights and equal opportunities. A country where everyone is willing to sacrifice for a shared future unprivileged and privileged. A country where law and justice are for everyone. A country where the common good over private interest. A country in which the settlement is over and the winners and losers. A country where history and culture of the majority are not excluded. A country in which everyone is willing to work and observe and enforce the law to have a rule of law without concessions, exemptions and privileges.

This is what we need a country that is hungry for justice and opportunity for all thirst for two hundred years. No more corrupt political parties that "split and divide society into factions, groups, tribes, posters, fighting among themselves and against everyone. A country where ignorance and alienation is the most profitable business. A country is taken into account as the basis and essence of its founding values, principles, feelings of its ancient civilization Mother whom the majority are at the same time they are outside. Truly a mestizo country where all are included and taken into account. A country where decency and honesty back to honor all public and private. A country that love and respect for life, family, nature, the community once again become the key factor in marriage and work. A country where the sacred and the divine re-occupy a privileged place in the hearts of all her children.