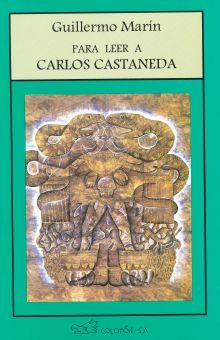 Each of the autonomous origin cultures (Egypt, Mesopotamia, China, India, Mesoamerica, Andean culture) have had men of knowledge that forged the basic philosophical infrastructure, over which developed a multitude of values, symbols, feelings, and activities that provided their personality and characteristic traits.
In ancient times, thousands of years ago, an amazing mother culture emerged, in what is now Mexico, it has maintained its philosophical matrix in time and space. From the Olmec epochs, through Toltec times and up to the period just before the conquest, with the Mexica, there was a thread that immaculately knitted every process, every "new cultural facet" of the same matrix, whose validity reached, hidden, the current time.

The cultural matrix can be appreciated in the archaeological remains and the Olmec iconography, and how it remained through time, space and cultures that followed. Each of them took the matrix and enhanced it; hence the old Mexico is seen today as a multicultural mosaic, with a common essence or matrix. This matrix, fundamental element which allowed continuity of the Anahuac cultural process, developing through thousands of years, during which it gradually developed until reaching its splendor in the late classical.
http://www.toltecayotl.org/tolteca/?id=3614