Without the prodigious mother language, only with limited "dialects". Without historical memory, only with confusing dubious myths and legends. Without the millennial knowledge, in the midst of ignorance, only with the perverse witchcraft and sordid backwardness. Without physical, social and sacred, spaces; only criminal deserts, desolated mountains or pauper belts of misery. Without an artistic language, only with negligible crafts. Without the ancient religion, in the midst of a confused religious syncretism managed by the dominator. Without an "own face and a true heart", only as "uneducated foreigners in their own land". Despising the own and exalting the foreign. Without the glorious memory of our ancestors, wanting to be "a colonized colonizer", just a western hybrid of the third world, a third class gringo. Insecure, violent and fearful. 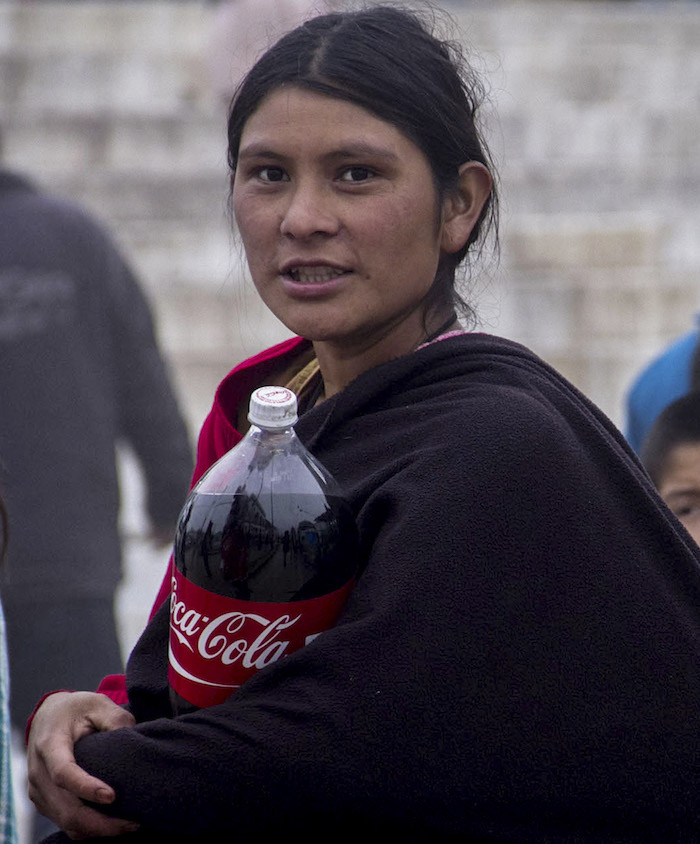