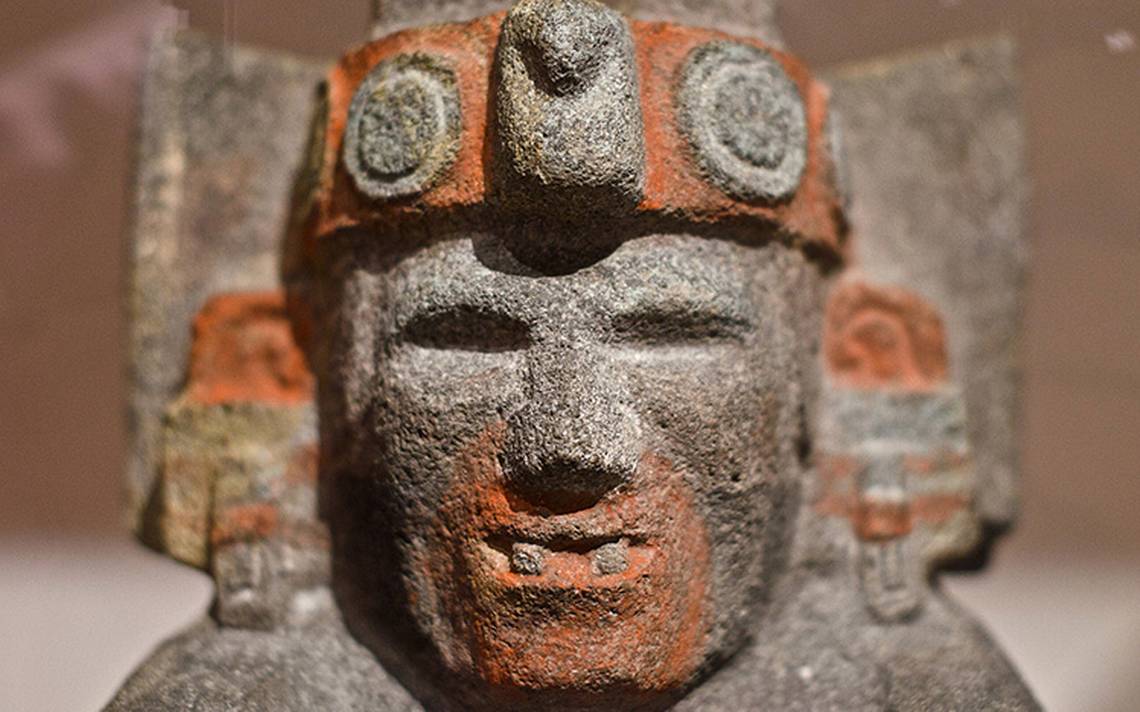 After pilgrimaging for some time and with many adventures, because nobody wanted them and feared them, they settled in an island of the great lagoon and established their capital towards the year 1325, barely 194 years before the arrival of the Europeans and the destruction of their empire. Professor Séjourné states that the mexicas began their expansion from a primitive cultural background.

"Considering their will as the only possible magic force, the men of this episode seem to want to proudly differentiate themselves from the animal and plant world with which thus far were so closely related, and replaced the sorceress by the warrior chief. This seems to indicate that the aztecs did not know more than the archaic witchcraft laws until they made contact with religious beliefs [basically philosophical A.N.] of the highlands, beliefs they immediately adopted in their rudimentary mentality.?

?My main coming and my work is war... I have to keep and gather all sorts of Nations, and this is not graceful.? (Mexican Chronicler, Fernando Alvarado Tezozomoc.)[4] Such words spoken by Huitzilopochtli, after his victory over Malinalxochitl, to a small group of nude men who departed to conquer the world, mark the beginning of a dramatic human adventure... When they are in contact with other peoples, we shall see them rigorously apply this philosophy of power will.

Late arrivals to the Valley of Mexico, immediately set out to fight for land and political supremacy over tribes that, by virtue of having already taken more civilized customs are surprised by the brutality of the newcomers." (Laurette Séjourné. 1957)

There is a history where supposedly the mexicas left Chicomoztoc, a mythical place of "seven caves" and they were in pilgrimage searching for a promised land, guided by a Messiah born to a virgin mother. The signal was finding an Eagle devouring a snake on top of a cactus.

Must remember that Tlacaelel ordered the destruction of ancient codices and also ordered rewriting history. It is likely that this "origin myth" dates back to very ancient times, probably of the Olmec period and the mexicas, while remaking history, usurped the place of the Anahuac original people, because it is difficult to believe that when they arrived to the Anahuac Valley in very poor cultural conditions, they brought with them such a very complex story which is of universal character, as other cultures of the world also claim such a mythical origin, coming from a place of seven villages, hills or mountains. Coincidentally, they claim that their guide was a being born of a virgin mother and that he would lead them to settle in a promised land.

"They brought an idol they called Huitzilopochtli, carried by four persons that served him, and to whom he very secretly told all events of the itinerary and route, advising them of everything that would happen to them. And so much was the reverence and fear that they had over this idol, than nobody else dared touch or get close. It was inside an ark of reeds, that until today no one knows or has seen the form of this Idol. These priests made people worship it as god, preaching to them the law that were to follow and comply with, the ceremonies and rites with which they were to provide offerings. And they did this at all places they settled, the same way that the children of Israel used it all the time they spent in the desert." (Fray Diego Durán)