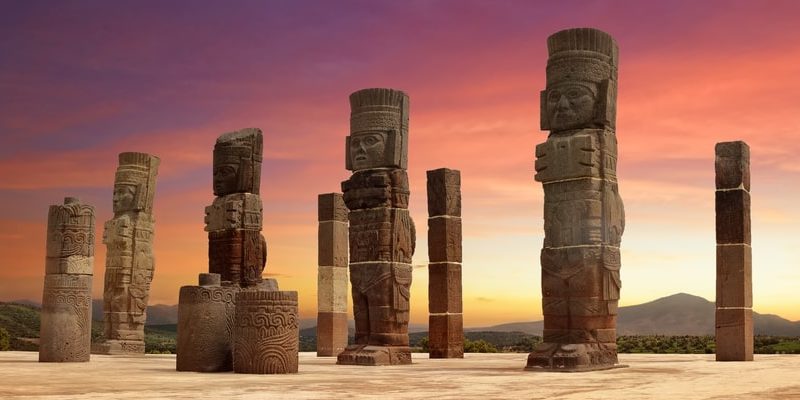 At first, when I was 25, I realized that I was not occidental as my parents, teachers, and society had made me believe until that point in my life. I always sensed that the "Ancient Mexico" official history was false. While in Europe I realized I was not "from there", then began my quest to know my true identity. On my return, in Oaxaca (the Anahuac spiritual reserve), I began to realize that there was "another reality", or rather, I began to realize that I lived outside of reality and that, that country and that people with whom I lived for 25 years, were more than Mexico City and the "coyocans". It helped me a lot to begin understanding the ancestral peoples of Oaxaca from a de-colonial perspective. At the time, I was very encouraged by reading Carlos Castaneda. I began to research and study ancestral history and searched for decolonized readings and critical historians.

Year after year I learned and revalued that other world, denied by my mental and cultural colonization. Readings were supported by experiences and my cultural promotion field work. Fortunately, I found authors like Laurette Séjurné, Guillermo Bonfil Batalla, Rubén Bonifaz Nuño, to name just three of a plethora of decolonized and critical minds, who illuminated my path.
I began to realize that the ancestral cultural heritage had always been before my eyes, tangible and invisible at the same time, my colonized mind made me see it distorted, of little value, only "ruins" for tourists, made them invisible and useless. The most obvious are the so-called archaeological sites, which, like Teotihuacan, Monte Alban and Chichen Itza, were majestic and immeasurable constructions, that no longer conform, to the colonized description that I had of them, at all.
For example, Monte Alban, which was built during over 1350 years in a civilizing effort that far exceeded a person or the lineage that created it; but was the product of a systematic and shared effort by many generations and many peoples who became involved in a massive work and which, was not made and used as a city, a palace, a ceremonial center or a fortress.
Without metals such as steel, bronze or iron, huge quantities of land were moved. Terraces were made on different levels, millions of tons of stone were brought from distant places, were cut and assembled into buildings that break away from every world purpose of practical material use.
The architectural floor plan of the first phase in the year 500 BC, is exactly the same as when it was abandoned in the year 850 of the era. This means that where the construction was, in that same place they built another new building over the previous, but larger. This implies that, what they designed from the beginning, it worked exactly the same way for 1350 years. A marvel, the City of Oaxaca is less than 500 years old and no longer serves for what they planned it.
What was the constructive goal? What was "it" that could remain used and unchanged for hundreds of years, and that did not go out of fashion or was not substantially modified? Why was it so important and lasted so long? What was "that primal idea" that was shared for so many generations and remained unchanged in its most elementary essence?
What were that knowledge, values and principles that drove many generations to maintain for so many continual centuries such a massive effort, without, apparently, any practical objective of immediate and utilitarian material life?
We must understand that, for some reason, unknown today or possibly hidden, all the ancient world civilizations of the planet, all of them, built what generically we call today "pyramids". Indeed, Mesopotamia, Egypt, India, China, Tawantinsuyo and The Anahuac, all built pyramids.