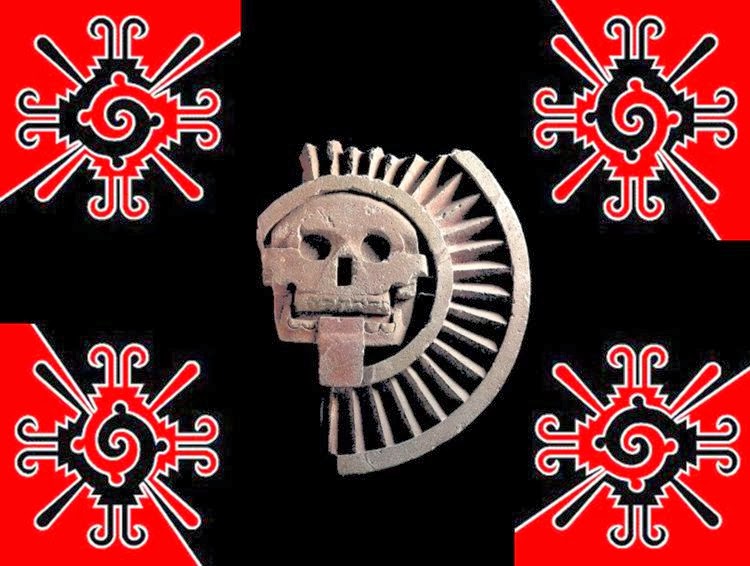 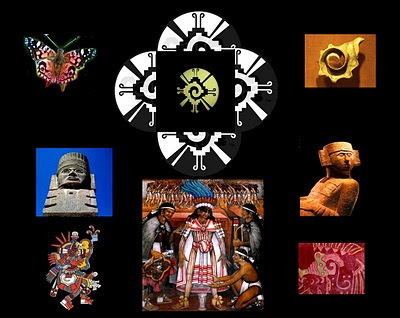 The knowledge of the Old Grand Fathers is a legacy to all Mexicans. We are heirs to this millenary evolution and cultural and historical development of this ancient civilization that our ancestors called TOLTECAYOTL. Yet, despite this fountain of information we still live in a materialistic culture. We are a pragmatic society blinded by the mental, cultural, and spiritual results of colonialism. We have lived under its hold for over five centuries, but we must stand up for ourselves, reclaim our past, and take responsibility for the desecration of cultural heritage and to the earth. Yes, this earth, part of the universe. We all are intimately linked to both because it is our sacred legacy.

This concept is explained to us in the myth of the creation of the Fifth Sun. Where time ceases to be ordinary and becomes sacred. Where we accept our responsibility and mission to maintain the balance in our environment.

Our manifestations of who we are and what we believe, are only partial expressions of our European indoctrination. Only fragments of the same totality. The Moon, Sun, Venus and the Milky Way together with elements of water, wind, fire, and earth, are represented in their duality by the feathered serpent, the jaguar and other symbols. These are not only metaphoric symbols of divine duality but expressions of their inter-action with human beings. These interactions entered our material body through the umbilical cord, believed, by our ancestors, to be the unifying center of human existence. The four cardinal directions, believed to be the four different paths of our existence, each has a philosophical, esoteric, and religious significance. These are a few fundamental elements given as examples, to understand the complex and vast ancient religious concepts and system, that taught our ancestors to believe that humanity was created for the purpose to serve, to worship, and to sacrifice to our gods. These laws were for the sole purpose of helping the gods to maintain order and balance in the world. Was this system wrong?

The Europeans gave us a similar system with the only difference in the Western culture and doctrine that God created humans into his own image and He delivered the earth and everything in it to his human creation. This resulted in the wrong interpretation that man was given the earth for his own, and because of the power given from above, he assumed it was, and still is, alright to do as he pleases without regard to other human beings and nature itself.
In contrast, our ancestors regarded the earth as a Mother, who nurtured its inhabitants. Therefore, the earth was considered sacred. Not theirs to possess, but to take care of it and leave it in good condition to future generations. This concept of historical and collective responsibility continued to be manifested in the Post-Classic, even at the time when the society began to crumble and decline and the system saw a reform by what the Mexica called Tlacaele.
This was the case with Monte Alban, which initiated its construction in 500 B.C. It was abandoned in 850 A.D.

Our old agricultural technology produced all year round the desired results. This is so even today.
Through a process of biogenetic transformation, our ancestors developed corn from Teozintle.
We had an efficient health system where medicinal plants were widely used and the complicated method of trepanation was known.

Hygiene was practiced by all. A concept not commonly practiced by any European. Our old educational system was more advanced that those in existence in Europe.
In short, when the Europeans arrived in Tenochtitlan in the XVI century, they found a city with libraries, schools, markets, parks, zoos, sports courts and cultural and religious centers. This was the result of seven thousand years of wisdom left to us by our Old Grandfathers.

It is time we learn to recuperate the historical and spiritual legacy; a valuable legacy that teaches us who we really are. The Europeans robbed us of our true identity. We let them and still believe who we think we are. Our sacred vision and mission in this life, is to reclaim our identity found in the teachings of TOLTECAYOTL, because they represent the HIEROPHANIES OF THE ANÁHUAC.