MAN AND WOMAN : a pair of complementary opposites 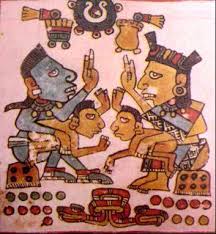 In the ten thousand years of human existence, modern man uses a small portion of his total potential. This small portion enables him to get by in life, The secret of essential knowledge has been erased from our memory. On the other hand, others have tried to illustrate and foolishlly emulate the teachings of the great masters, our ancestors.

The result was an entangled skein of black thread that lacks veracity and purpose. Modern man has not been able to distinguish between the old truth and the one told to us by the European conquerors in the last two hundred years. They lost, or rather, they conveniently left out the five truths that liberated us and set us apart from animals.

One of these truths, was the ancient principle that for every opposite there is a complimentary side. The knowledge of opposites and complimentary was observed and still remains as a basic principle in all civilizations. 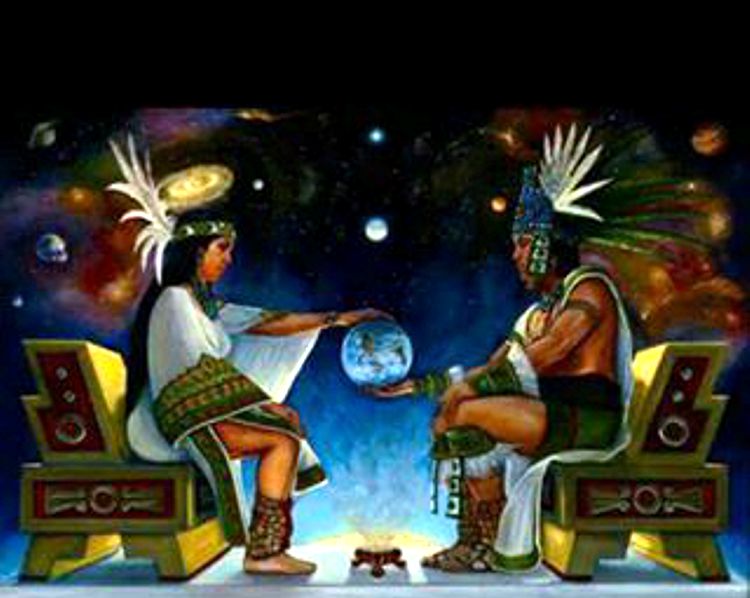 Our Old Granfathers knew that center of this luminous knowledge was represented by Ometeotl, the lord of divine duality. This ancient philosophy was known as Toltecayotl, the one being for whom we live. This lord was a powerful god of everything near and far. Ometeotl is a Nahuatl world that means Ome-two and teotl-god.

The ancestors knew that the universe was ruled by a series of negative and positive energies. These energies were opposite and complimentary, but most of all they were always in balance. This is also found in human beings, but the energies are not always the same and man must strive to maintain an equilibrium of these two forces. The two energies or forces are man and woman.

These are opposites and yet, complementary to one another. Just as the world is in constant movement and held by two forces, man and woman must hold these forces to achieve totality. Destruction of one of these, as well as elimination of man or woman, would result in total destruction of both. There is no denying that magnetic forces are made of negative and positive charges. Man is no different. He is attracted to the opposite female force and the same is for the woman. These two beings need each other to maintain balance in their nature.

Both individuals walk on different paths, but eventually must walk together on the same path in order to achieve their potential. This is necessary for the preservation of humanity. The love of man for a woman brings together the differences and similarities , the opposite and the complimentary sides, a basic philosophical principle is applied and the result of this basic need for survival is manifested in the final outcome, our children. Our Old Grandfathers identify these constant manifestation of positive and negative attractions as Tonal and understood the principle when they observed that for every action there is a reaction and f everything has an opposite side: cold and hot, day and night, dark and light. They cleverly illustrated this knowledge with a deliftul allegory: Burnt Water. This term, in the modern mind, is a disparity, but the Old Grandfathers knew that an action would produce an reaction. In this instance, the opposites fire and water, will result in the elimination of one element. When these were brought to work together the two opposites to produce a complimentary reaction: steam.

Another philosophical figure in the world of ancient Mexico, was Tescatlipoca that means in the Nahuatl language, Smoking Mirror. He was represented with a mirror in which he saw the deeds of humanity and judged men. What would he say to modern man and woman who now walk in different paths and compete with one another. What about the destruction of this planet and the ignorance of the values and principles instructed in ancient times?

A couple is not only lured to walk the path of material possession by tempted to judge the love for the families by the amount of money bestowed or showered on them. Children are deprived of the maternal care for the sake of a second income. The couple are no longer opposite and complimentary sides, but rather, they are now competitive and antagonistic for each side fights to be better than his or her partner.
There is no struggle to achieve equality.

Therefore, we are in dire need to recuperate and practice the four ancient precepts that were so diligently practiced by our Old Grandfathers. Only their wisdom and philosophical attitude will enable us to rebuild a society that will be more humane and know how to apply justice with wisdom. We must return to our ancestors way of life, when they lived in a world that respected nature, natural resources and spirituality. Not everything old is necessary primitive and useless. Let us be once again opposite and complimentary by nature.