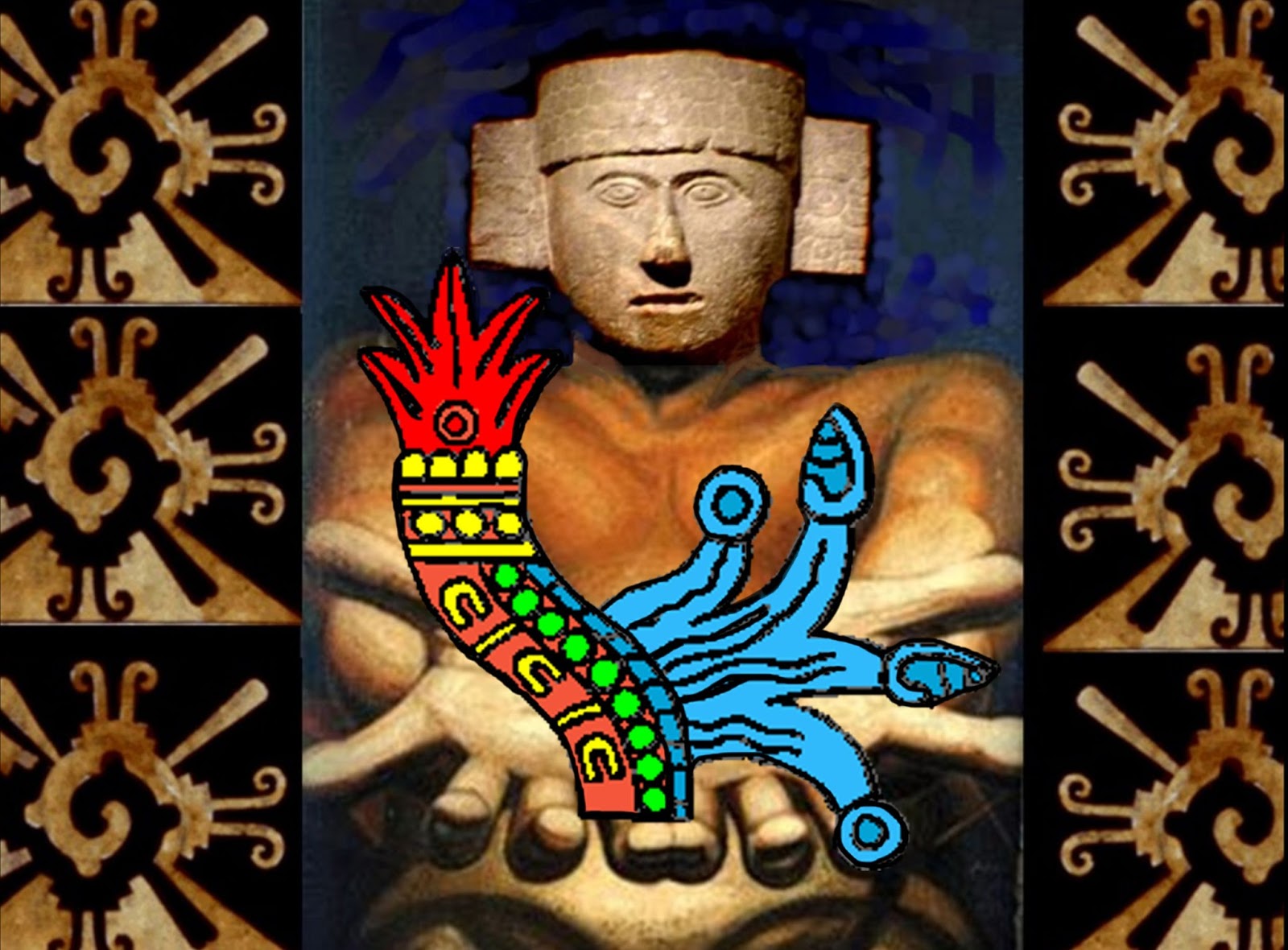 The ancient mystical men of knowledge, possessors of the "red and black ink," wise men, master builders, artists, authors of spiritual works and founders of splendid civilizations were known to others as the Toltec. According to information received by Bernardino de Sahagun, he says:

The Toltec were painters, scribers of codices, sculpturers, wood carvers, stone engravers,builders of temples and palaces, writers and ceramicists.The Toltec, truthfully, were wise, their literary workswere good and virtuous. Their plots were wellplanned and marvelous.They were experienced speakers that knew how tospeak from their heartsThey knew the stars by name and their influencein their world, for the Toltec knew how to follow thecourse of the stars in the heavens and their movementin relation to the earth.The splendor of this ancient culture lasted for more than 1,000 years. This period was known as the luminary of Quetzalcoatl. During that time, there were no wars and human sacrifices.
Teotihuacan was the beating heart of the Toltec civilization, the cradle of Toltecayotl - Wisdom of the Old Grandparents - because from Teotihuacan, all the peoples and cultures of the Anahuac were guided and directed. Monte Alban III, Zapotec culture and Chichen Itza, Maya culture, demonstrate Toltec influence. This influence is also evident in all the cultures during the period know as classic. 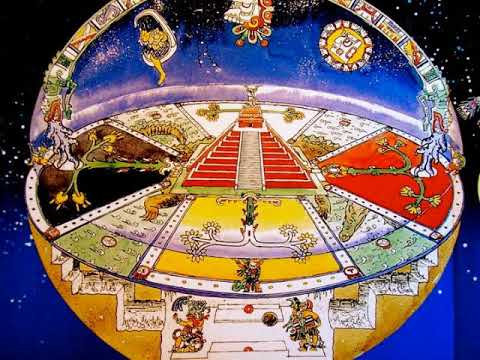 The Zapotec lived in what today is known as the state of Oaxaca. Their first important center of wisdom was in San Jose del Mogote, in the region of Etla. They moved, for some reason to Teotitlan del Valle in the region of Tlacolula where they founded the city of Yagul. Later on, in the Valley of Zimatlan, known at that time as Teozapotlan, they settled in Zaachila. The Zapotec called themselves Zaa and together with the Mixtec, they are geographically located in the center of Old Mexico or what is known as Mesoamerica. The Mixtec and Zapotec are the bridge between the Nahuatl and Maya cultures.

The Zapotec built Monte Alban and Mitla. These two sites are of significant importance in the continent. As we have previously explained, the civilizations of the Valley of the Anahuac, exhibit the same cultural and philosophical structure, but each culture added their own individual touch according to the interpretation of the original.
The Zapotec distinguished themselves for their unique style in pottery and their exquisite urns depicting the symbolic representation of the jaguar, the serpent and the eagle. In the post-classic period, the culture moved further south to the Isthmus where they founded Tehuantepec, a Nahuatl name that means In the Mountain of the Tiger. The Zapotec have always been a resilient people, excellent merchants and able politicians.

Apoala is the mystical place of origin of the Mixtec culture that claims to have inhabited the region of the clouds. Legend tells that the first people were born in trees that grew in the banks of the river that form a cavern. Four individuals took hold of each different cardinal point where they settled. This decision accounts for the region of the Mixteca being such a large region extending through the states of Oaxaca, Guerrero and Puebla.

The Mixtec were superb jewelers working with gold and silver. Their magnificent pieces of jewelry were found in the famous Tomb 7 in Monte Alban. They left a legacy of magnificent codices or books painted on deer skins and folded in the form of accordion. Few of these survived the destruction of the Spanish invaders. They are also distinguished by their ceramic work and beautiful, perfect polychrome pottery.

During the apogee of great lords and rulers of the Mixtec, the great market of Coixtlahuaca, flourished among other great places like Tlaxiaco, Tututepec and Tilantongo, considered by archaeologists to be important centers as Monte Alban. They were great warriors as told in the legends of the Archer of the Sky and 8 Deer Tiger Claw.

As we already know, all the cultures in ancient Mexico were interconnected because all of them rose from one mother culture. Therefore, between the Nahuatl and Zapotec architecture, there are may similarities, but the Maya are an exception. Their world covered the Yucatan Peninsula, the state of Chiapas and the countries of Guatemala, Belize and Honduras in Central America. The culture had a higher style in art. It was complex and took capricious forms.

We can see the Maya were different even though they are part of the Anahuac culture. They were the first culture to invent a mathematical system using the cero. This allowed them to handle large numbers, too large, for todays standard. In their method of adding known as long counting, they were able to count tenths of thousands of years. They were also excellent astronomers. In fact, their astronomical calculations are so precise they were able to measure the duration of a year in exactly 364.3420 days.

The Maya recorded a fountain of philosophical literature. An invaluable legacy of knowledge is found in the teachings of the Chilam Balam and the Popol Vuh. Their archaeological sites have revealed the importance of their cities like Chichen Itza, Uxmal, Palenque and Bonam Pak.

The Nahua were located in the Valley of the Anahuac, but their culture spread to other places, including Teotihuacan, through a complex system of channels that joined several lakes and other bodies of water. The central region consists of the states of Mexico, Morelos, Puebla, Tlaxcala and the Valley of Mexico.

The Nahua culture then went further than the Valley of Mexico, reaching the states of Guerrero, Hidalgo, Queretaro and even Oaxaca. All the cited places exhibit, therefore, Nahua influence. Indisputably, in the period known as the classic, Teotihuacan and Tula were the major centers and in the period known as the post-classic, the most populated area was around the lake where Mexico City is located today. The Nahuas of the high planes and surrounding areas share the same mother culture and their Nahuatl language was the lingua franca in Old Mexico. These strong cultural ties despite the passing of time and of the diversity of regions that they influenced with their presence and culture, provided the basis and sustenance for their descendants today.

The Totonac people share the same origin with the Nahua. The Totonac remembered they originated from the mystic Chicomostoc and wandered about until they founded Teotihuacan. They continued to Puebla and finally they settled in Veracruz. In this state, the most important evidence of their existence is found in the archaeological sites known as El Tajin and Cempuala. Tajin was the first city dedicated as a symbolic representation to the God of Water. Tajin represented to the Totonac what Kukulcan was for the Maya and Tlaloc was for the Nahua.

The Totonac tattooed their bodies, they shaved their heads and wore fine cotton garments. The Old Grandparents left us the inheritance of the Flyers of Papantla and these in turn gave the world the cultivation of vanilla.

As all the peoples of the Anahuac, the Purepecha shared the same basis that unified them and at the same time, they exhibit multiple differences in their culture. They remembered to have come from South America, specifically from Peru. This account is not impossible because for more than 7, 500 years the people of the Anahuac came in contact with South American cultures like the Tawantinsuyo. Any way, the Purepecha are part of the multicultural mosaic that forms Mexico.
The Purepecha are magnificent artisans. They developed the art of metallurgy and knew and applied the technique of cold hammering known as laminate, the melting of molds through the process known as lost wax, filigree, welding and working with gold, silver and copper. They knew how to work wood and produced beautiful ceramics.

The Purepecha culture developed along the lake of Patzcuaro in the state of Michoacan. They were formidable warriors and excellent fishermen. They engaged in frequent battles against the Aztecs. Their famous hero, Calzontzin, fought constantly against the Aztec and the Purepecha successfully avoided being conquest by the enemy. The most important ruins of this culture are the Yacaras in Tzintzuntzan and the ones in Tingambato in the State of Michoacan. Their influence embraces the states of Guanajuato, Queretaro, Guerrero, Colima, Jalisco, Nayarit and Sinaloa.